Are Floor-to-Ceiling Cabinets Right for Your Kitchen?

When tackling a kitchen remodel, you want your new kitchen to be both stylish and functional. How functional or efficient a kitchen is depends on layout. Be careful to avoid these 7 kitchen layout mistakes.

1. Inadequate space between counters – This layout mistake is particularly common in kitchens with an island. Ideally, it’s best to leave four feet between counters, though the minimum is 39 inches. The more space you can incorporate into your layout between counters, the better. This allows space for more than one person to be in the kitchen at a time and also space for maneuverability for assistance devices such as walkers and wheelchairs.

3. Overlooking function – When planning your remodel, you want the most used elements of the kitchen located practically in relation to each other, including the sink, stove and refrigerator. Also think about how you use your kitchen when considering placement of these elements. Don’t forget to consider cabinets when looking at function. Placement of cabinets and how they open can obstruct workflow when not planned out correctly for function.

4. Not planning lighting – Lighting is crucial in a kitchen for visibility when prepping food and performing ordinary kitchen tasks. It’s best to have a layered lighting plan that includes lighting for prep areas, softer lighting for any seating areas and task lighting over key elements such as the stove and sink. For prep areas, placing lights slightly in front of where you would commonly stand provides lighting of the counter without shadows.

5. Improperly planned cabinetry – Cabinet doors and drawers should be able to be opened and closed without blocking doorways or walkways and without obstructing appliances.

6. Including an unnecessary island – While islands are desirable, they aren’t necessary–especially in smaller kitchens. If an island is in your plans but would cut down space between counters (see #1), it’s better to forgo the island and instead go with a rolling kitchen cart to provide extra workspace when needed.

When remodeling a kitchen, it’s understandable to want everything to be fresh and new–including the layout. Creating a new layout for the kitchen should enhance function and efficiency, not hinder it. Avoid these common kitchen layout mistakes to make sure your new kitchen works best for you.

Bathroom Reno: Choosing Between a Walk-In Shower and a Bathtub 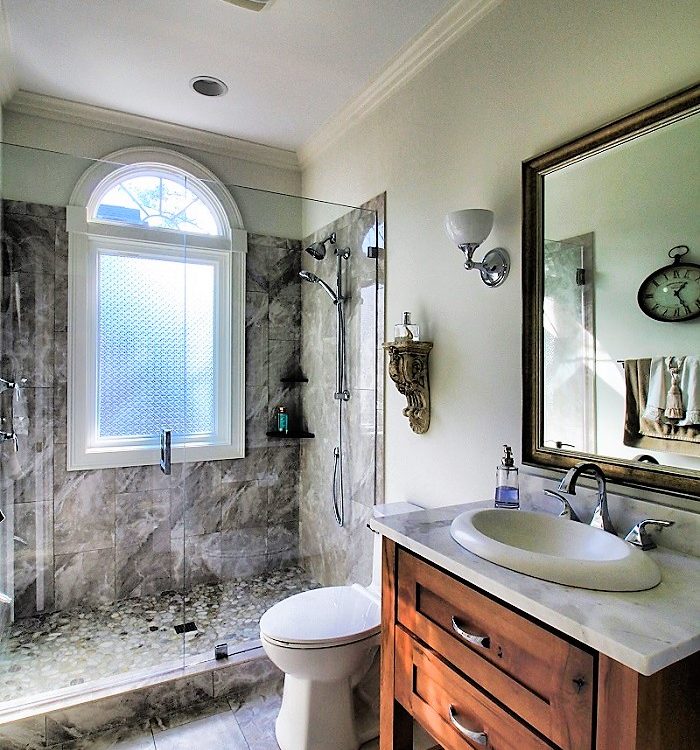 Top 5 Improvements to Consider for Your Bathroom Remodel